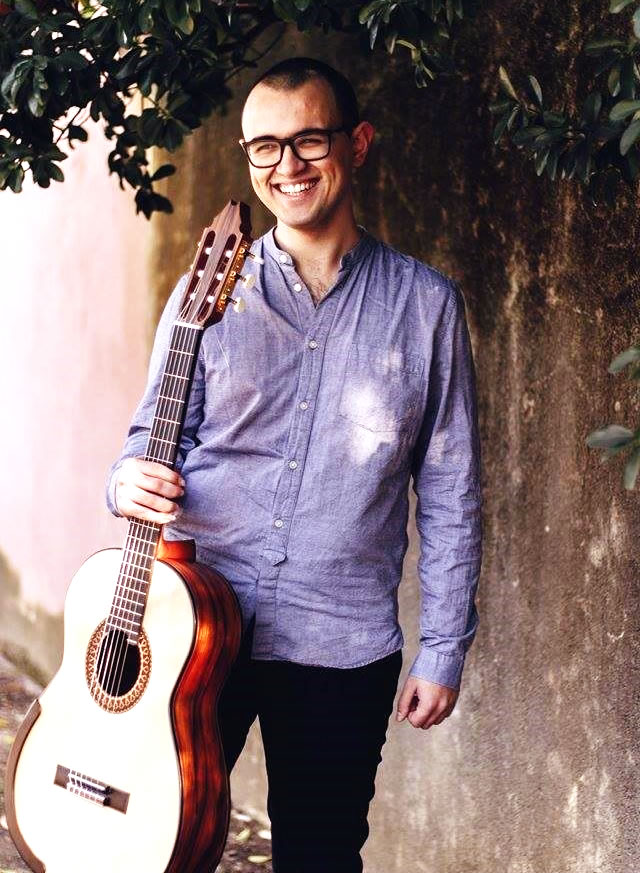 Filipe Neves de Lima Curral was born in 1994 in Porto, Portugal. He began his musical studies at 6 years old, in Academy of Music of Espinho, and later on, in the Professional School of Music in the guitar class of Ricardo Abreu. He continued his studies pursuing a bachelor degree in University of Évora, with Bosnian-Croatian guitar player Dejan Ivanovich, having achieved the maximum grade at his final guitar exam. In the same institution, he was coached in chamber music by the American viola player Paul Wakabayashi. Filipe also holds a Master Degree in Music Performance (Classical Guitar) by Conservatorium Maastricht, Netherlands, under the guidance of world renowed Italian guitarrist Carlo Marchione, having had also the opportunity to work privately with Russian award winning guitarrist Irina Kulikova.

Having taught in the musical school CRAA (Reguengos de Monsaraz, Portugal) for three years, Filipe currently lives in the city of Maastricht (Netherlands), where he teaches privately and participates in several chamber music projects such as duo Capriccioso with soprano Egita Gielen, duo Andino with Diego Hernandez (cello) and Samuel Aguirre (oboe), wind quintet with guitar with Zuiderwind quintet, among others, as well as participating in solo concerts.